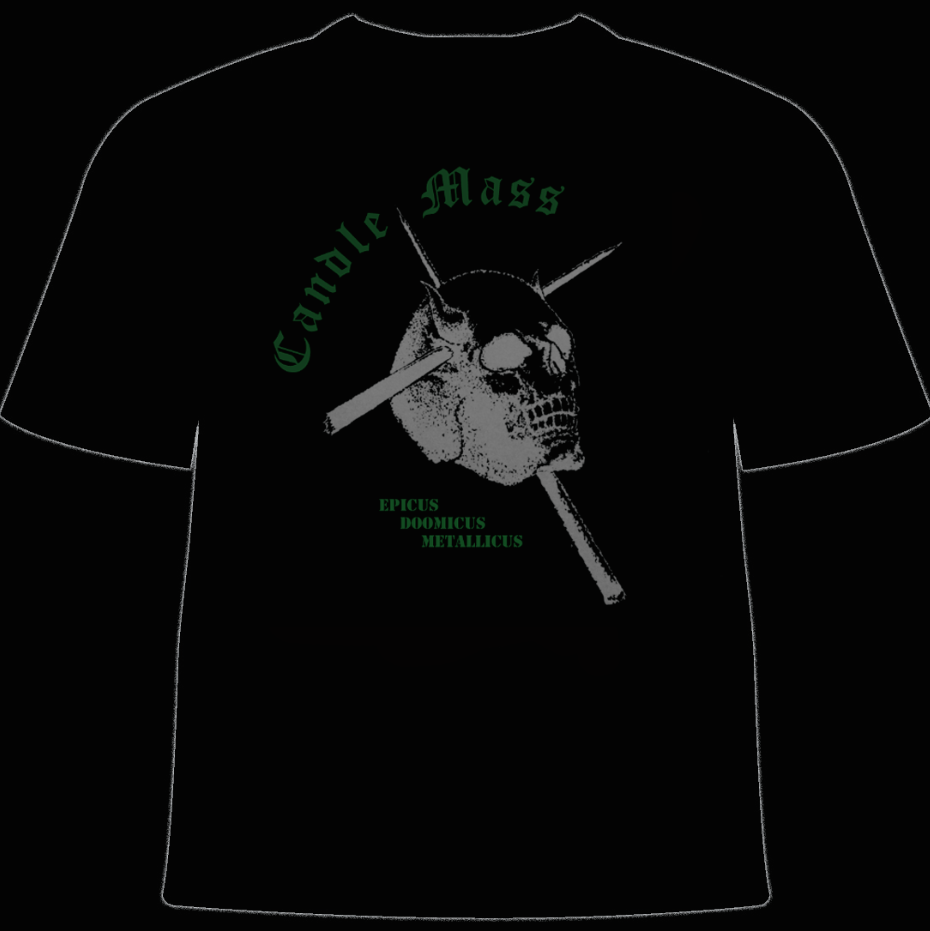 For the first time and commemorating the release of the Epicus Doomicus Metallicus 3LP Set. The design is based in an old series of promo stickers the band did back in the early days and which subsequently ended up being used as "cover" for the now legendary "O.A.L. Demo" Cassette!

Luxurious silver ink, with green print on black Gildan Softstyle shirts. Which reeks of old Venom, Witchfynde....evidently a relic of the old days.

*Packages ships as Regular Airmail (7-10 days Europe / 2-3 weeks RoW) twice a week, you get an e-mail confirmation via BigCartels automatic mailing system once your package is on its way.*